This story came up quickly, was reported in a morning and afternoon, and posted the following morning — thanks to my tireless editor Glenn Scherer. Initially, I was given a heads up that one study would be released late Wednesday night (Oct. 13, 2021) and Glenn gave me the greenlight to pursue it. When I contacted a source at the National Resources Defense Council (NRDC), Sasha Stashwick, about connecting me with a British House of Lords member with a strong position on biomass burning in the United Kingdom, she let me know that NRDC had also released a biomass-related study with similar research metrics. I combined the two studies into one story.

Another source overseas, Almuth Earnsting with Biofuelwatch, brought to my attention the quick pushback from the wood pellet industry as posted by Biomass Magazine. I made sure we got its criticisms of one of the studies in the story.

The stakes for accuracy in carbon emissions accounting continue to rise higher and higher, especially as the 26th United Nations climate summit looms in in Glasgow, Scotland, in early November. NGOs are fairly apoplectic that the issue of burning biomass and the tons of uncounted carbon emissions at the smokestack at former coal-fired plants in the UK and across the European Union, is not an official agenda item as nations finalize the Paris rulebook for implementing fully the 2015 Paris Agreement.

Several NGOs who applied for side events in Glasgow to press their points about biomass were denied permission. They are incensed and believe the host nation — the largest consumer of wood pellets in the world — is eager to downplay the science of biomass carbon accounting and its impact on mature forests in the US, Canada and eastern Europe.

Here’s an excerpt from my story:

With the two-week United Nations COP26 summit starting in Glasgow, Scotland, on Oct. 31, both studies call into question the validity of the 2030 carbon reduction pledges made by three of the world’s largest carbon polluters — the U.S. (with a 50% reduction pledge), U.K. (58%) and E.U. (55%). While these Paris Agreement signatories may meet those goals on paper, nature will know that no such atmospheric emissions cuts have been achieved as wood pellets are burned.

Caption for the graphic above: The existing and proposed wood pellet plants in the US Southeast (yellow and red circles) and the harvest areas of each plant (larger beige circles). Source: Southern Environmental Law Center.

That’s not what hope looks like, is it? But those empty chairs, as soon as I saw them outside the main plenary hall at #COP25 in Madrid, I recognized a metaphor for this disturbing and deeply disappointing climate summit (story linked here).

Listen to Mohamed Adow, director of Power Shift Africa, whom I interviewed after a panel discussion in which he participated:

“In the last 10 years following the climate talks, they have never been as bleak and disappointing as this conference. The science is staring us in the face and school children are taking to the streets in their millions, and yet at the global climate summit countries are blocking progress and watering down climate action.  It’s disgraceful and politicians are simply not doing their job of protecting the planet.

“We need to see countries committing to new and improved climate plans next year. That regular review and ratchet mechanism was what made the Paris agreement an effective tool for reducing emissions, but countries are dragging their feet and they are putting us all in danger.”

My final story from my sixth climate summit details what happened and didn’t happen, and in the final section, explains why. It all comes down to leadership. And until the U.S. reengages in this process in a positive, not destructive way, hopes for the Paris Agreement coming close to achieving its climate mitigation goals will be remote.

This story here, my third of ultimately five stories from COP25 in Madrid, Spain, was truly a team effort. It also illustrates the challenge and thrill of journalism — learning a new topic from scratch, finding just the right sources you’ve never met before, working with an editor in Indonesia and one in Vermont to put together a complex and nuanced environmental story about an ecologically sensitive part of the world (North Sumatra) with an rare and endangered great ape (Tapanuli orangutan).

Thanks to Isabel Esterman, Mongabay’s Indonesian editor, and Glenn Scherer, my editor at Mongabay, for putting me on to the story, then assisting prodigiously in putting all the pieces together about an Indonesian hydroelectric company, a dam-in-the-jungle project, the Tapanulis’ habitat and a serious question over carbon emissions.

After arriving at the cavernous venue on the outskirts of Madrid, Spain, on Friday, December 6 (happy birthday, Dad) for my first day at the 25th UN Climate Summit, I wondered around in a jet lag haze until I received my credentials, got my bearings, and figured out the venue’s layout. Then I contacted a reliable source and said, “I’m ready to get started.” And he was ready to brief me and put me in touch with the exact sources I needed — including one (Bill Moomaw of Tufts) who I’ve been eager to talk with for nearly two years.

The story, linked here, is a follow up to my pre-COP25 story of a week ago, only this one is far more detailed, and in many ways far more accurate and realistic. It simply doesn’t seem to matter to the delegates and leaders of the world’s largest economies that they alone hold the fate of the planet in their hands. And they are utterly failing.

When we were making our coverage plan for COP25 in Madrid, my longtime editor at Mongabay, Glenn Scherer, made an unusual request: “Try to find at least one upbeat story. The site is filled so such much gloomy news about the environment, we could use it.”

I had written about the Interfaith Rainforest Initiative in September 2019 and knew representatives from the group would be at the UN climate summit. Over breakfast with IRI’s program director in Peru, Laura Vargas, the idea slowly emerged as we spoke that she was exactly the story Glenn was requesting. Here’s the story. What a remarkable woman.

“IRI has given me a goal of defending life and nature on a global scale, and a deeper sense of purpose.” 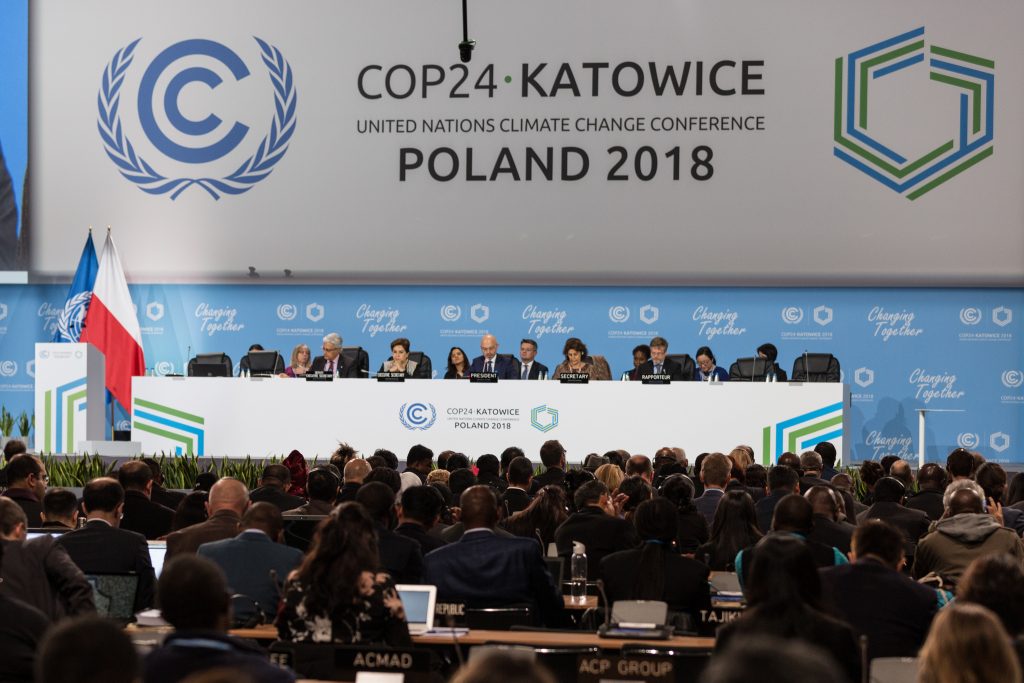 For the fifth time in five years, The State of Things, the noon program on WUNC out of Durham,  which reaches half of North Carolina, had me on live to talk with host Frank Stasio about the UN climate summit. The location this year, 2018? Katowice, Poland.

The link to the radio conversation is here. 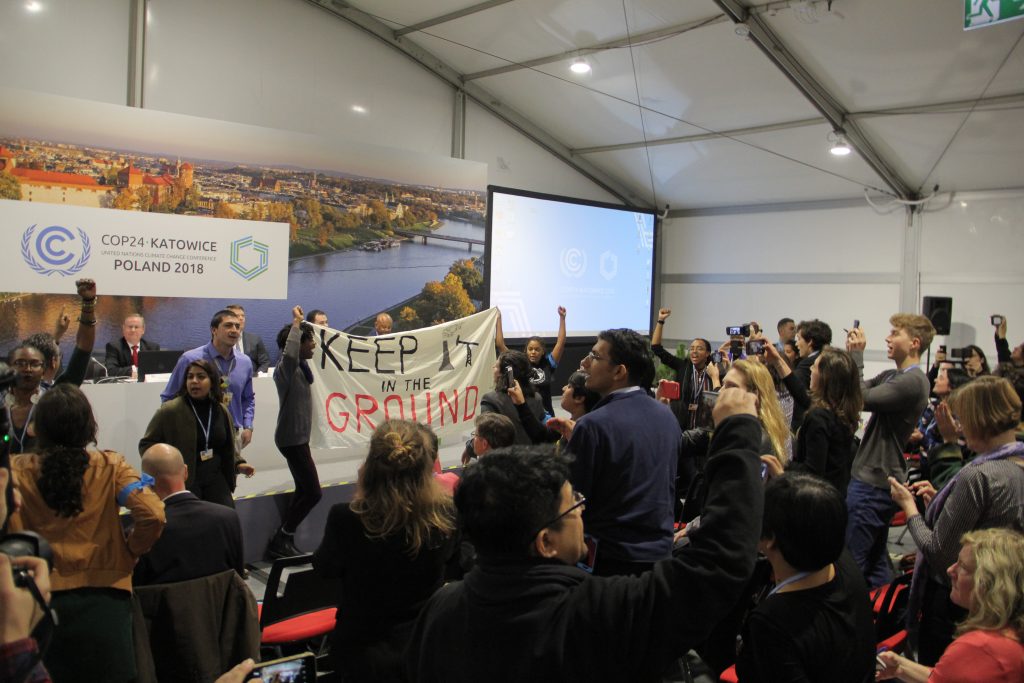 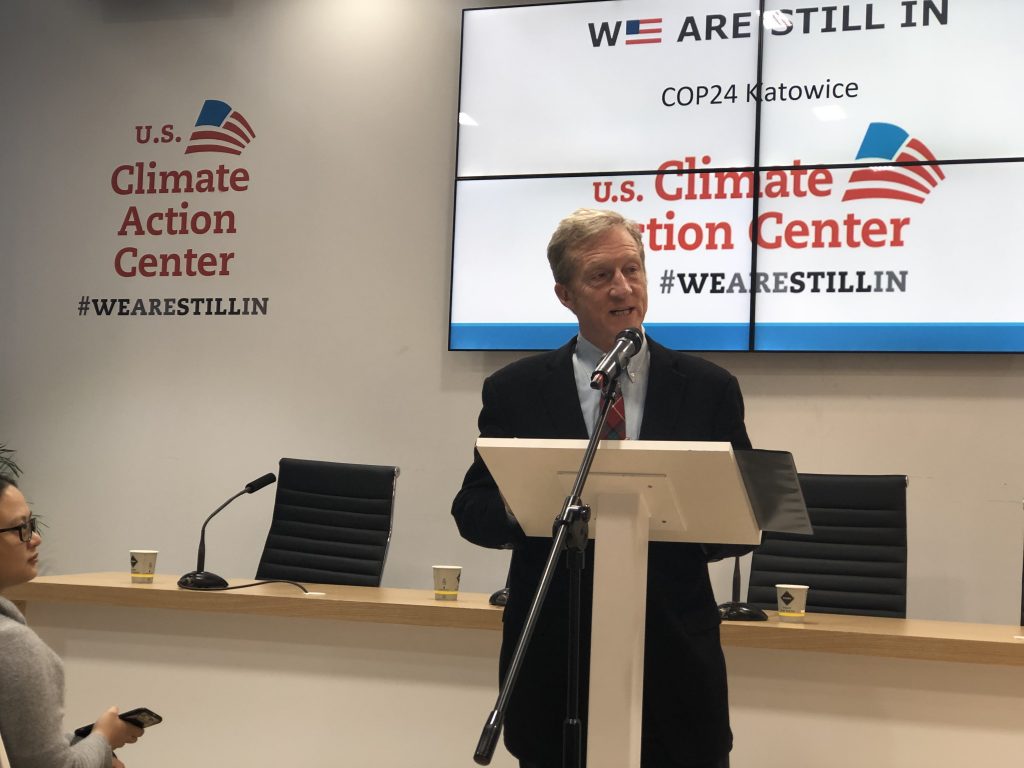 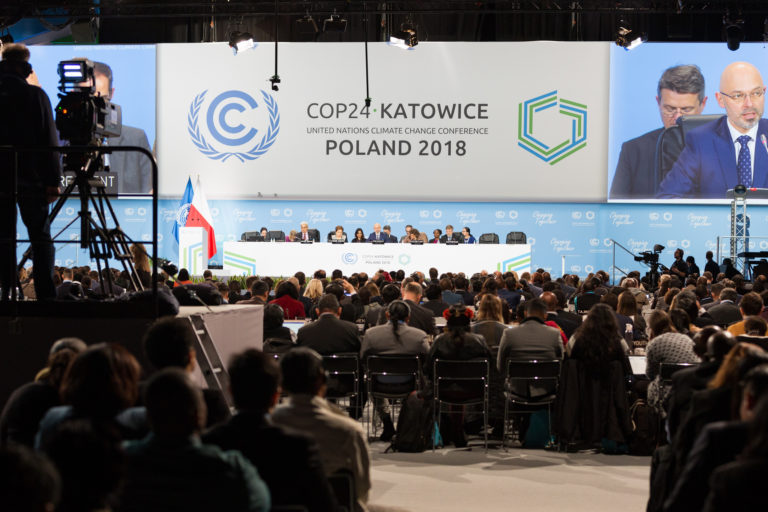 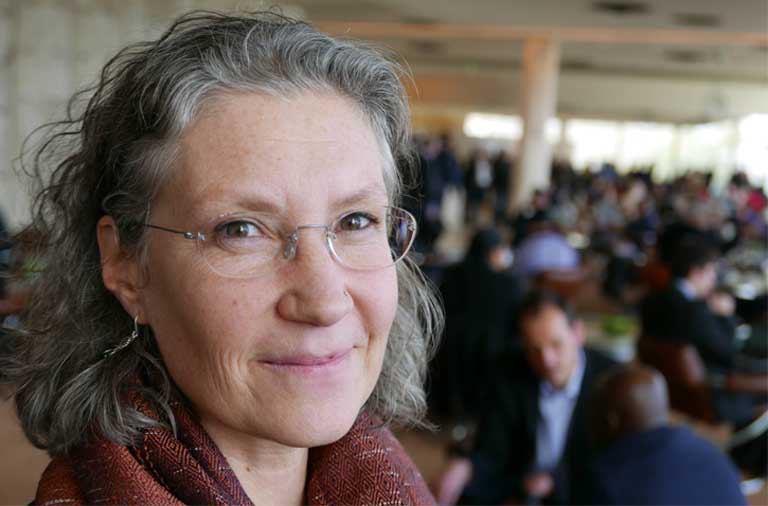