There has long been a general sense that the voluntary, nonbinding nature of the Paris Agreement was a fatal flaw, a way for major polluters to sign their names to carbon-reduction pledges they had no intention of ever honoring.

In a story here that fell into my lap and which my ever-skeptical editor Glenn Schererurged me to pursue, I learned that the new frontier in climate action isn’t in pledges and promises, but in litigation. Just ask Royal Dutch Shell, a corporate giant in The Netherlands which a national court ruled was not doing enough to reduce its own carbon footprint, thus keeping the country from meeting its own reduction targets under Paris. Promises, meet legal enforcement. Shell is not a signatory of Paris, but was successfully held liable just the same, as my story explains.

This story focuses on a couple of attorneys who were active and visible during this climate summit, one of whom reminded me of a male, eco-crusading Erin Brockovich. Wake Forest law school professor John Knox, my colleague and an expert in international climate litigation, verified what I was learning in Glasgow, as did a lead attorney with the Center for Biological Diversity, in which my sister-in-law Stephanie Parent, an Oregon-based environmental attorney herself, put me in touch. 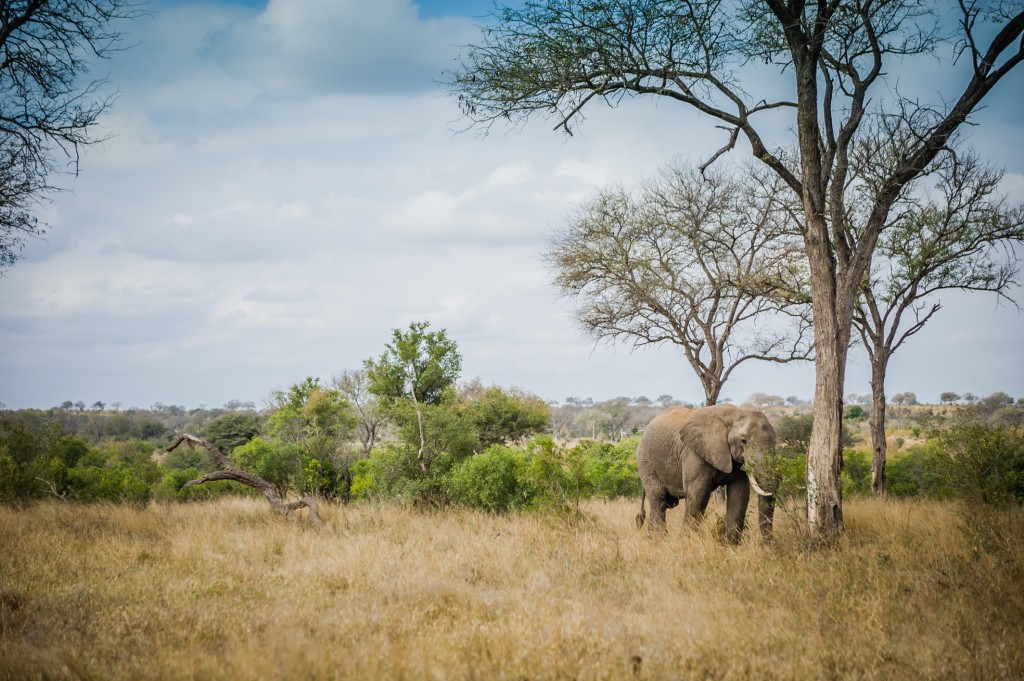 An elephant roams the mixed savanna of Kruger National Park in South Africa in June 2017. Photo by Bobby Amoroso

I’m quite proud of this story for Mongabay, which for me represents a new part of the world, new ecosystems and new scientific sources with a news hook that sets up my coverage of my fourth United Nations Climate Summit — COP23 — in Bonn, Germany from Nov. 6-Nov. 17, 2017. Within a few days, it became hit the No. 2 spot on Mongabay’s Most Read stories list. Here’s how it came about:

When I met and began talking with Wake Forest biologist Michael Anderson in spring 2017 about his work in  in the Serengeti of Tanzania, I realized there was this enormous ecosystem — savannas and grasslands — that I knew precious little about. I’ve had the good fortune, with the initial invitation of good friend and tropical ecologist Miles Silman (also of Wake Forest), of reporting from the cloud and rain forests in the Peruvian Amazon and from the Mesoamerican coral reef of Lighthouse Reef Atoll far off the coast of Belize. But savannas and grasslands, which cover more than 20 percent of the earth’s surface? I knew virtually nothing.

Getting into Tanzania proved too difficult on short notice, so Anderson recommended South Africa. He then put me in touch with a quartet of scientists at a top university in Johannesburg (Nelson Mandela got his law degree there), and three responded readily that they would be happy to meet with me and talk about their research in the bush. Through the help of London-based World Fixers, I was able to hire a videographer named Neil Bowen in Johannesburg to work as my fixer, helping to arrange interviews, plot logistics and make contacts near the world-famous Kruger National Park. When my good friend Bobby Amoroso agreed to join me as my photographer, we bought plane tickets for the 17-hour flight from Atlanta to Jo-burg and went on safari. 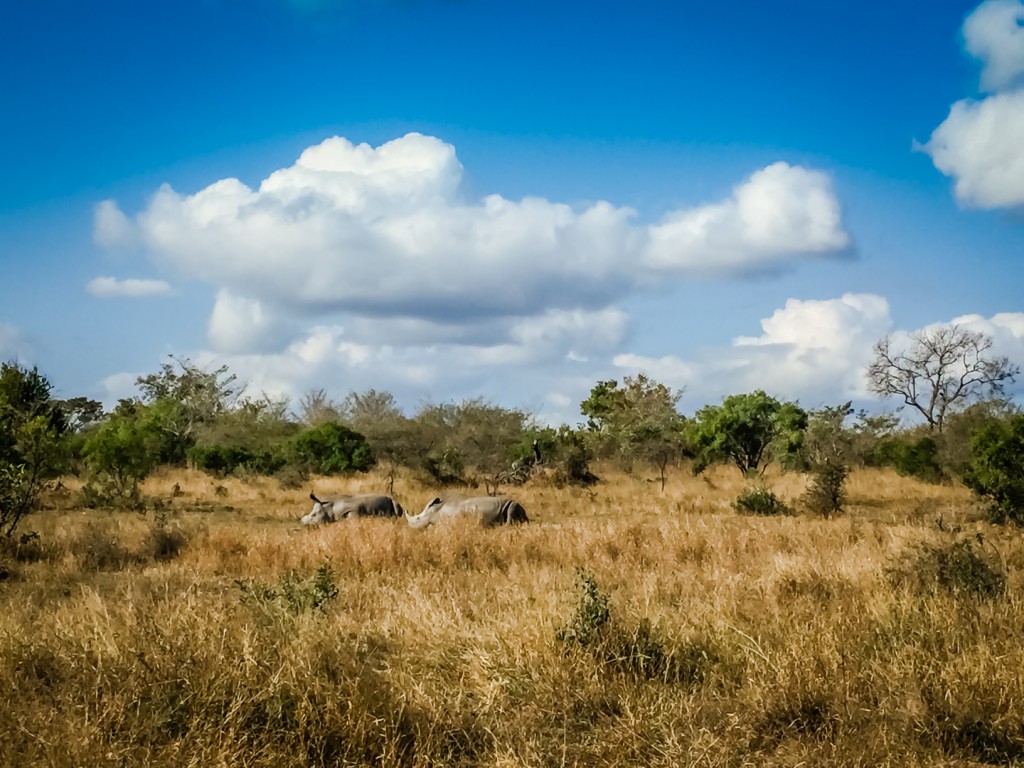 Over the course of 12 days, we observed, experienced and learned so much. I hadn’t expected to do a story on rhino poaching and the threat of species extinction in Kruger and the rest of the African continent. That story, which Mongabay posted in July, fell into our laps with the help of Bowen’s exceptional contacts. But this story here was my initial target: how do I understand the role of savannas and grasslands at two often conflicting levels — sequestering carbon in their soils and thus slowing the rate of global warming, and providing a home for the largest, most iconic animals left roaming the earth.

The essence of my story can be summed up in this quote from highly regarded researcher Bob Scholes (pictured with me below) when we met and spoke at a weekend event outside Jo-berg:

“If you want to keep global temperature rise under 2-degrees Celsius [1.8 degrees Fahrenheit; the Paris Agreement goal], then you need forests growing,” says biologist Bob Scholes, a systems ecologist at Witwatersrand University. “I love trees,” he adds. “But the fact is, for a lot of reasons, they are not always the answer.” 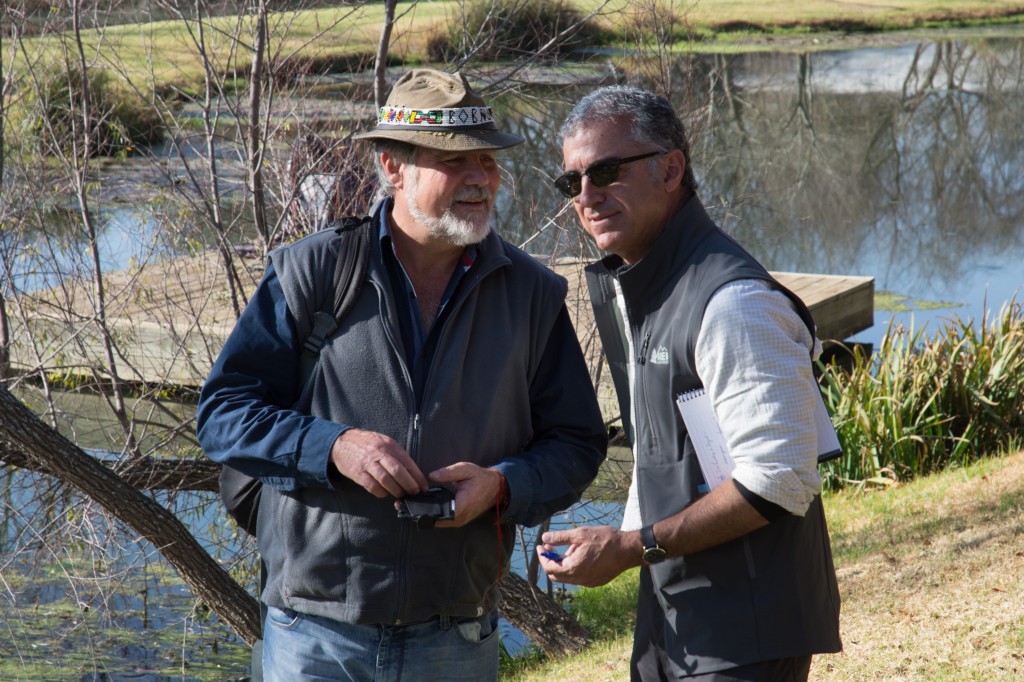 Bob Scholes and I at a science and art event on the outskirts of Johannesburg in June 2017. Photo by Bobby Amoroso 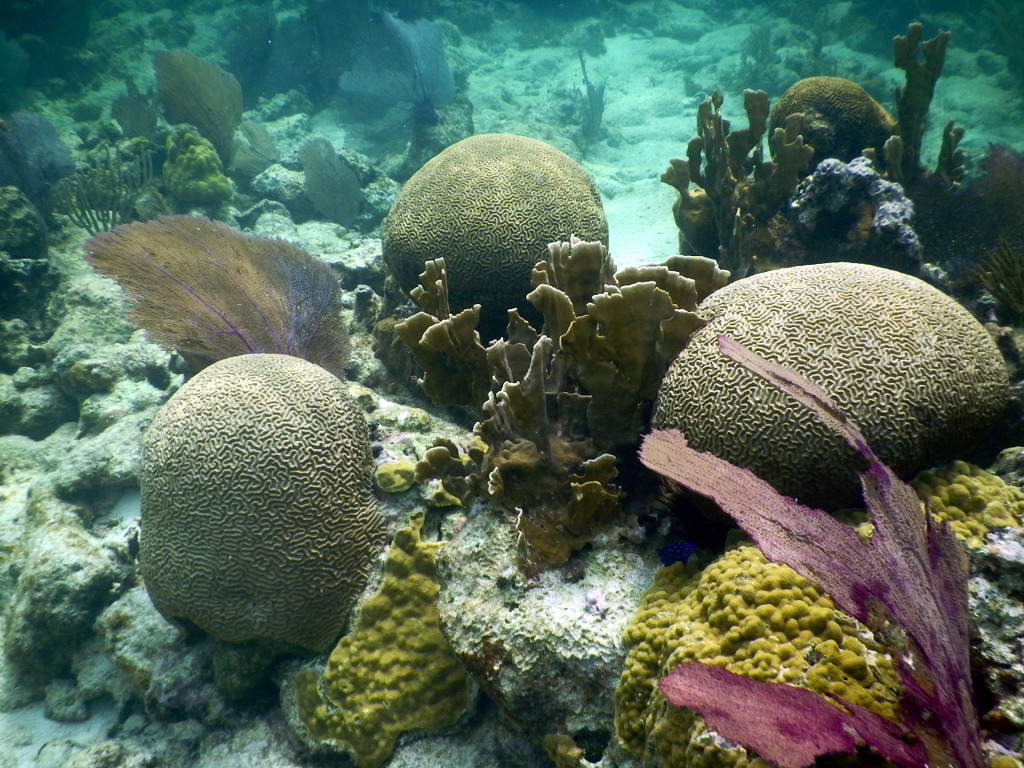 Healthy coral at the Blue Hole in Lighthouse Reef Atoll off the coast of Belize. Photo by Justin Catanoso

This represents my first ocean-related climate change story, based on reporting in early March 2016 some 50 miles off the coast of Belize. Invited by my friend and mentor Miles Silman, a Wake Forest tropical ecologist, I joined his coral ecology students over Spring Break and snorkeled every day. My story for Mongabay.com is here.  Summary by my editor Glenn Scherer: 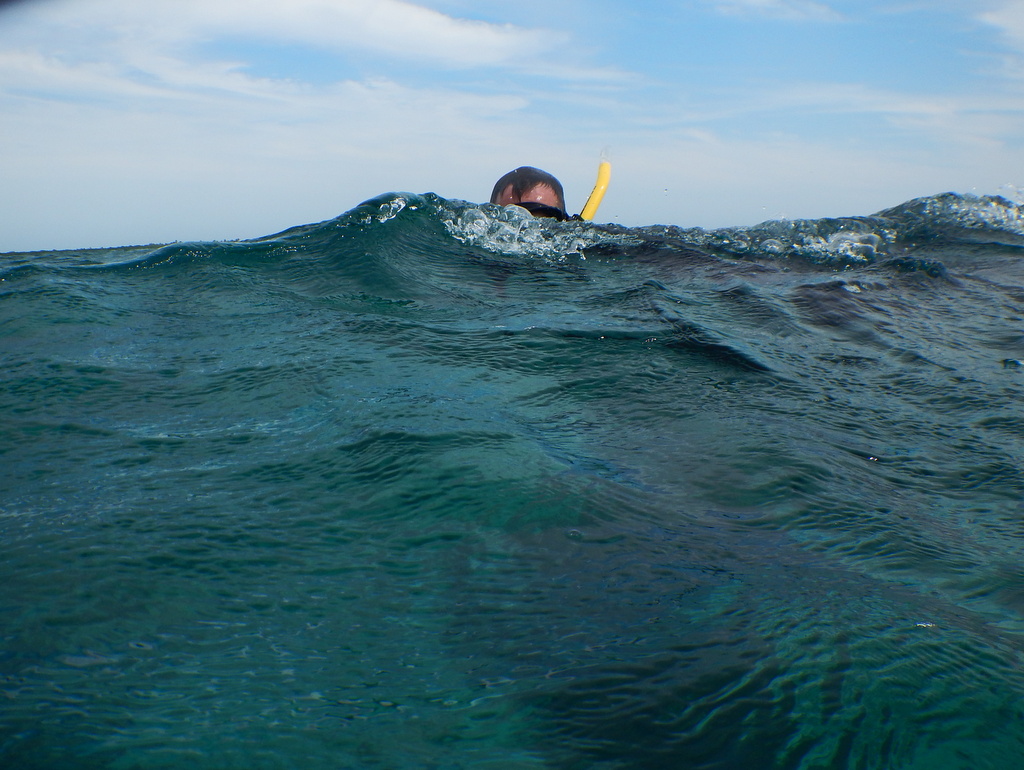 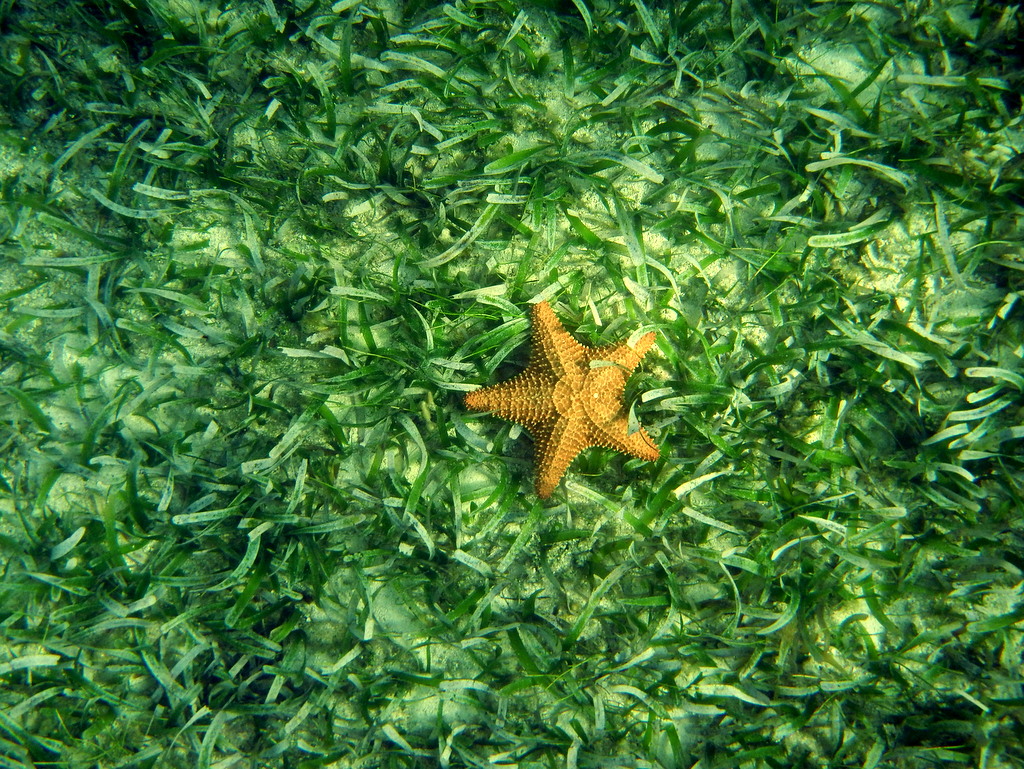 Starfish in the sea grass. Photo by Justin Catanoso 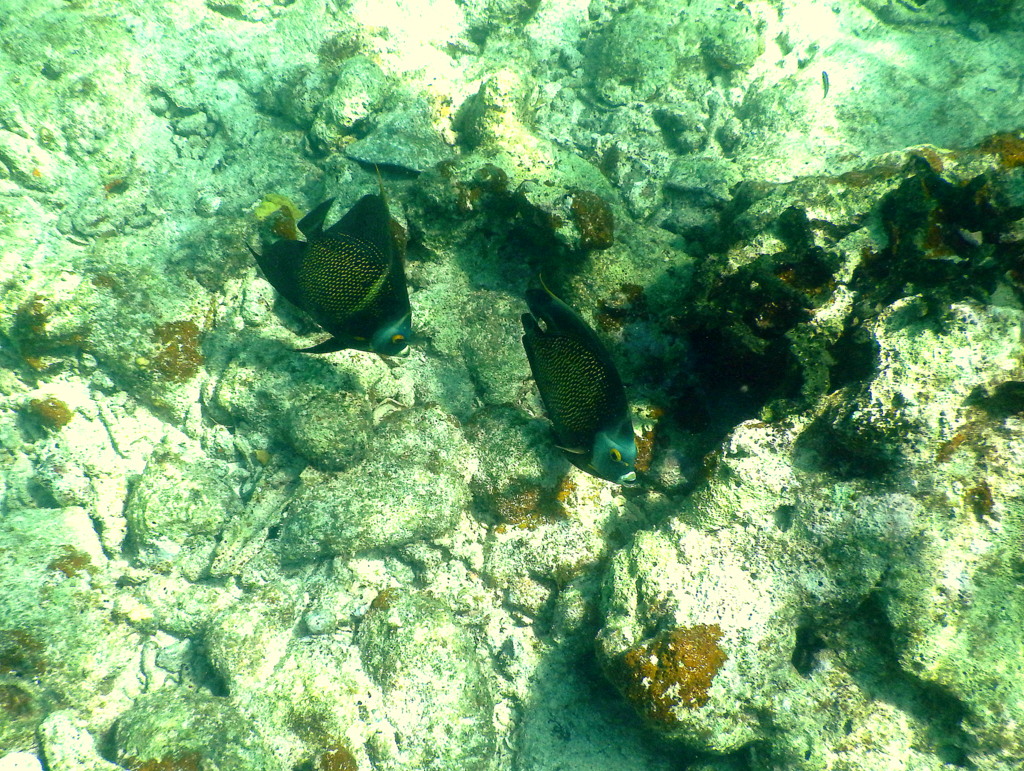 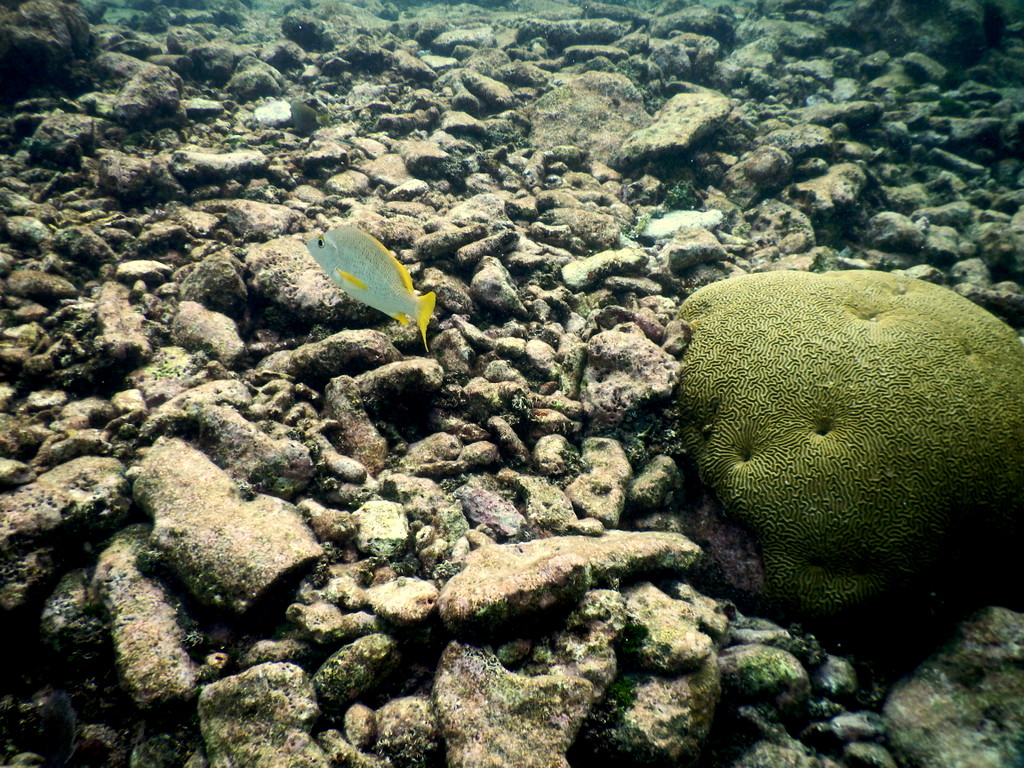 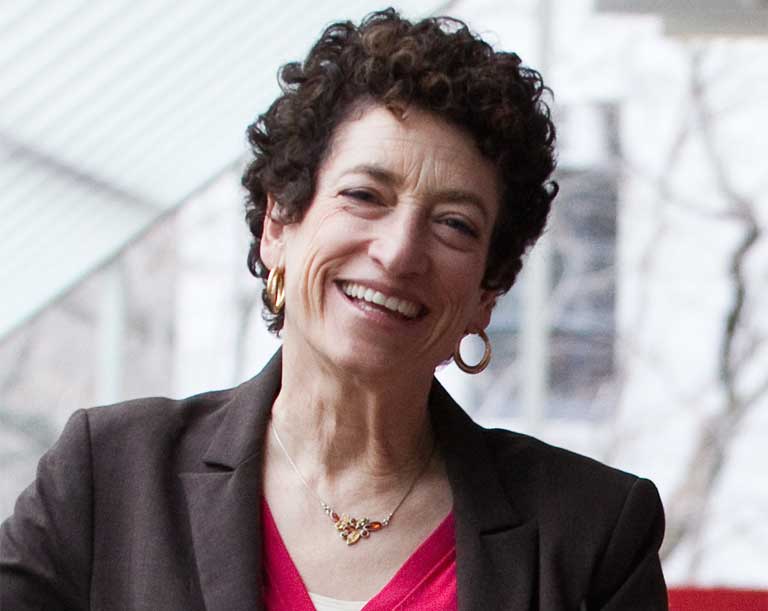 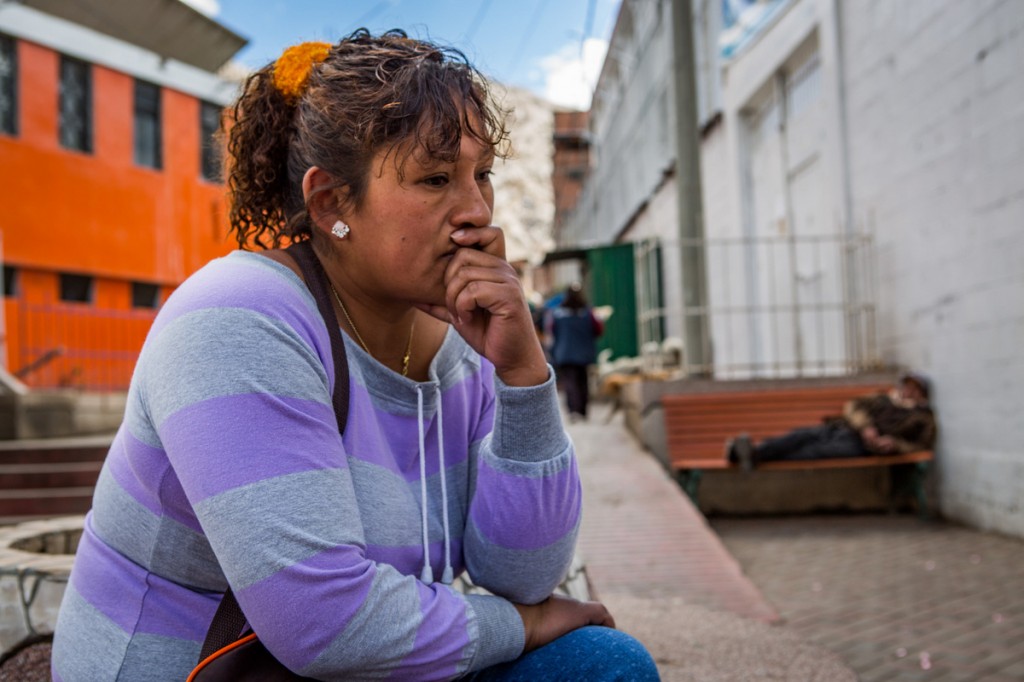 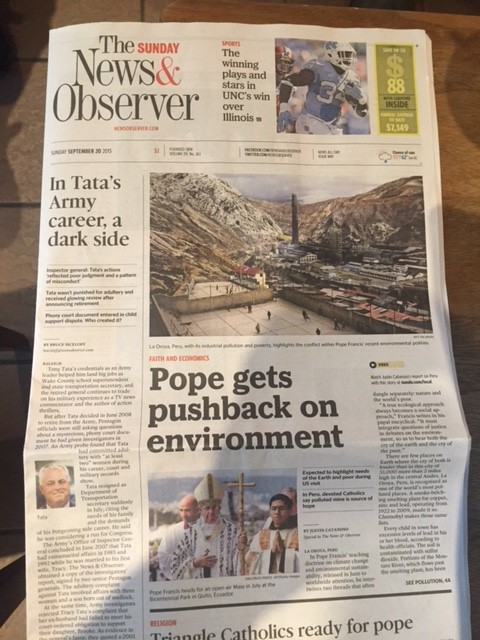 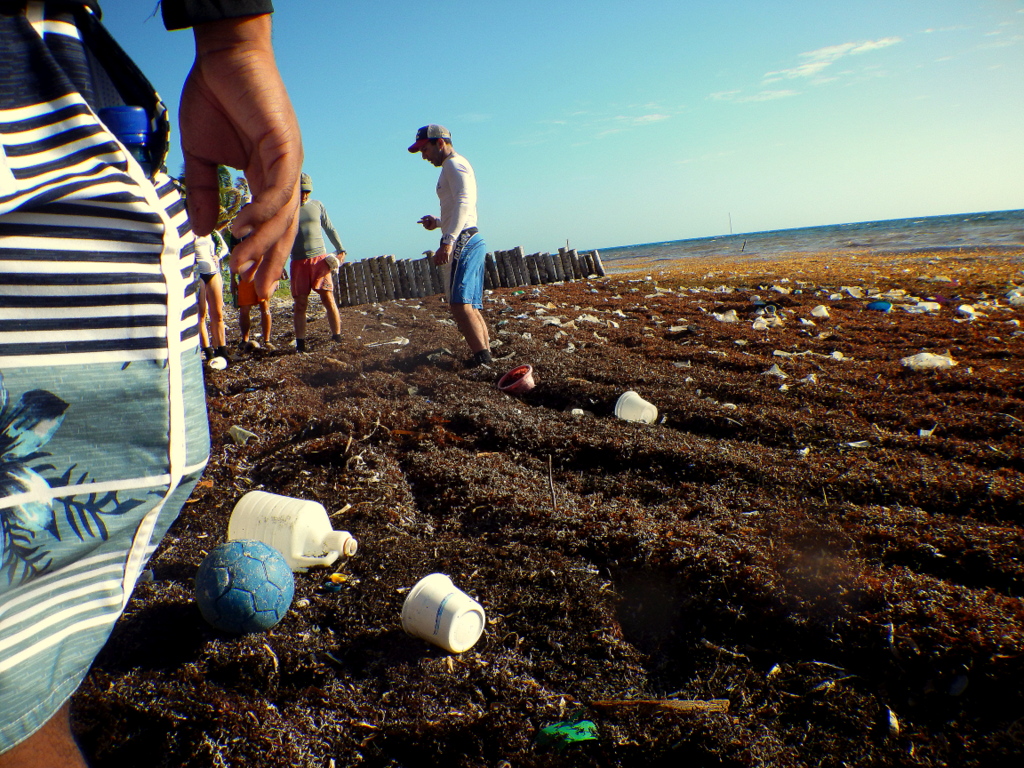 During the week of March 7, 2015 — Spring Break — my wife and I traveled with a group of Wake Forest University students and faculty in a coral ecology class. Arriving in Belize City late morning, we all boarded a boat called the Great White and piloted 47 miles into the Caribbean to Lighthouse Reef Atoll, a remote and mostly untouched set of six islands on the world’s second-largest coral reef. We set up home for the week on Long Caye (2.5 miles long; 0.9 milewide) and the Itza Lodge, a fabulous, rustic eco-lodge used mostly by university groups and some intrepid tourists. 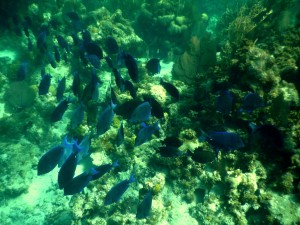 The beauty of the coral reef on Lighthouse Reef Atoll is unsurpassed. Photo by Justin Catanoso

My goal journalistically was to return with a story tied to the underwater marvels we saw while snorkeling daily in the clear turquoise water in the Atoll — including the famous Great Blue Hole. Instead, I came back with a heartbreaking story about our voluminous, reckless use-and-disposal of all manners of plastics, and how it is marring a place as beautiful, pristine and remote as Long Caye.

Aside from public radio report WFDD, my commentary appeared first in Triad Business Journal and soon after on National Geographic online and BusinessInsider. 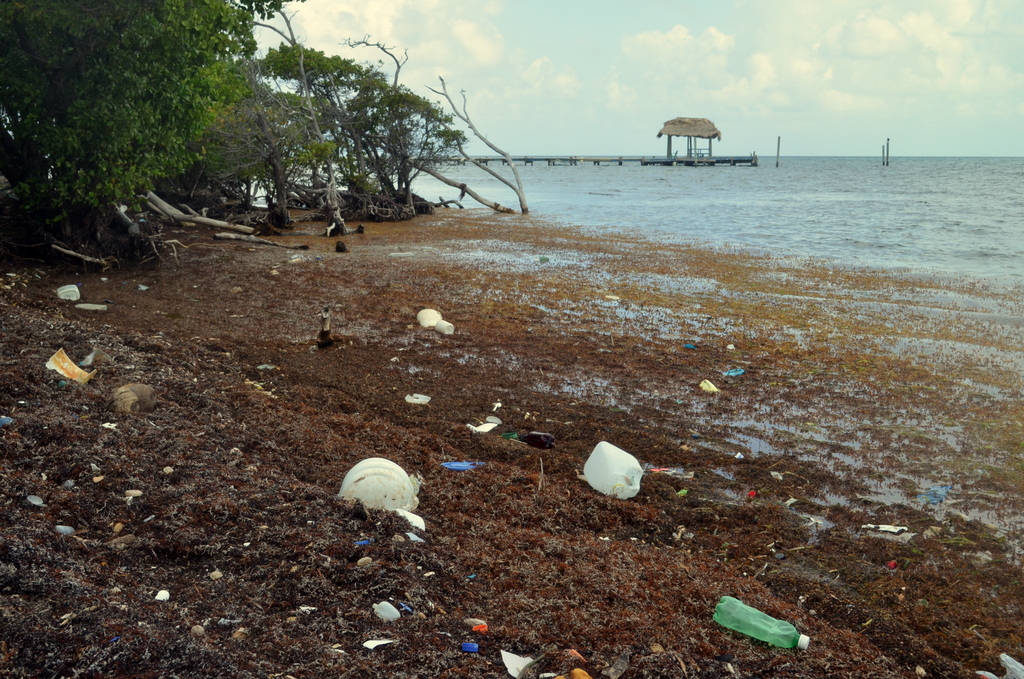 This radio report (7:17 minutes) for WUNC-North Carolina Public Radio overviews my climate change reporting in summer 2013 from the Amazon basin of Peru. It discusses the implications of upslope tree migration in the Amazon jungles as a result of warming temperatures.

The second recording (12 minutes) is of Wake Forest biologist MIles Silman and me on the afternoon news program at WUNC, The State of Things, with Frank Stasio, discussing the same topic. 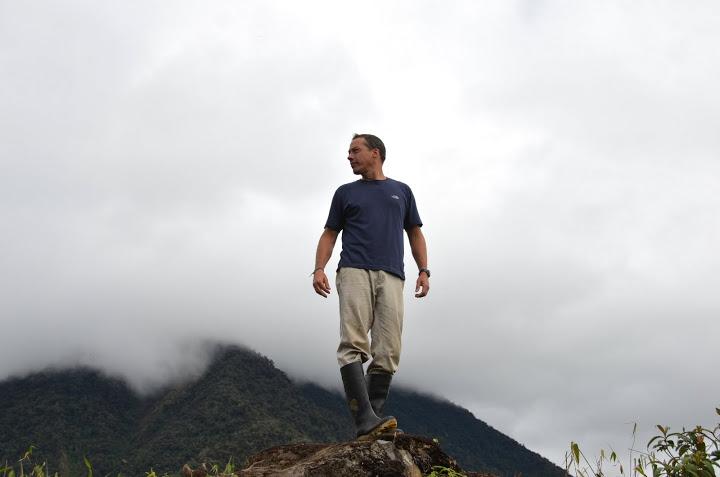